Get to Know the Ship 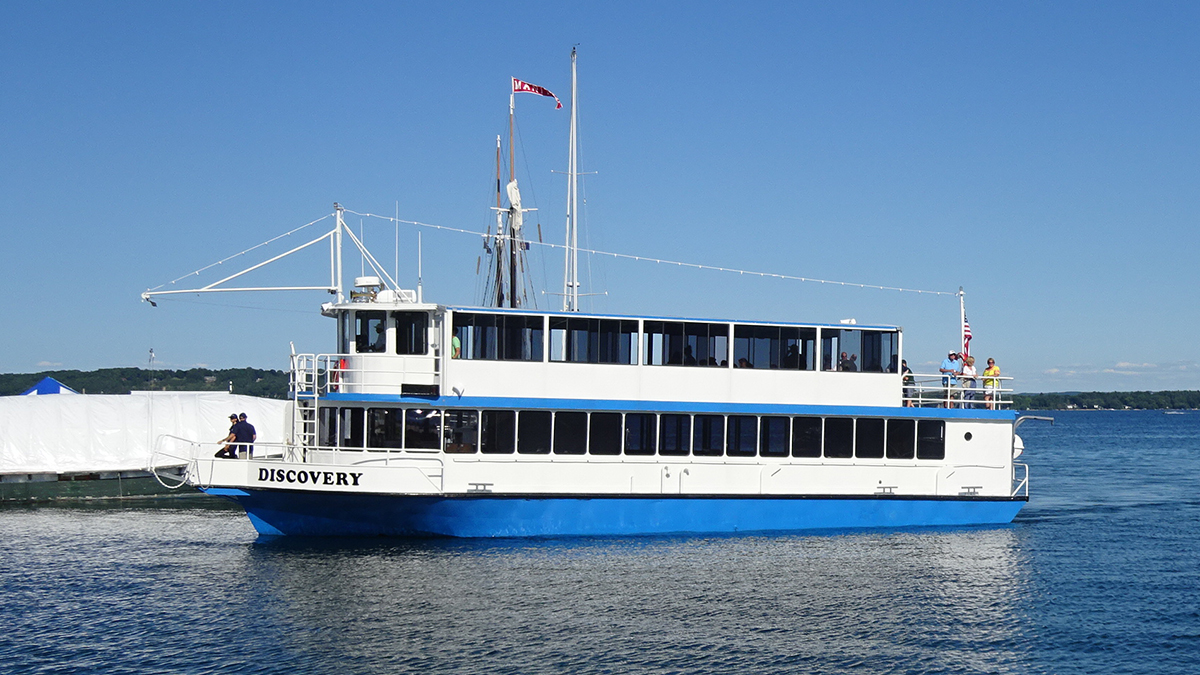 The Discovery Vessel was built in 1974 by Blount Boats out of Warren, Rhode Island. Blount Boats was, and still is, a premier passenger boat builder on the east coast. She was built to accommodate 330 passengers initially and she began her service out of Charles Town, WV. Her name was the Charles Town Belle. She was later sold and was operated out of New York City as a charter boat. Her name then was the River Rose. Her design is that of an early 20th century steamboat. In September of 2018, she was brought to Michigan from New York City by Grand Traverse Navigation Company, with passage via the Hudson river, Erie canal, Oswego Canal, Lake Ontario, Welland Canal, Lake Erie, Detroit River, Lake St. Clair, St. Clair River and Lake Huron. She has spent the last two years plus in St. Ignace, Michigan, at drydock receiving a complete renovation. The Discovery was named after her future home at the Rotary Clubs new Discovery Pier located at 13271 S. West Bayshore Dr in Traverse City, MI. She is currently United States Coast Guard certified to carry 149 passengers. Grand Traverse Navigation company made the decision to reduce the overall passenger capacity to ensure more personal comfort for their guests. Due to the outbreak of Covid 19, her grand opening of May, 2020, was unfortunately delayed. Because of the uncertainty and extended circumstances of the pandemic, Grand Traverse Navigation Company felt it would be in their best interest to avoid all operations until  2021, at which time they hope to be able to open the business and provide the general public a safe and comfortable cruising experience.